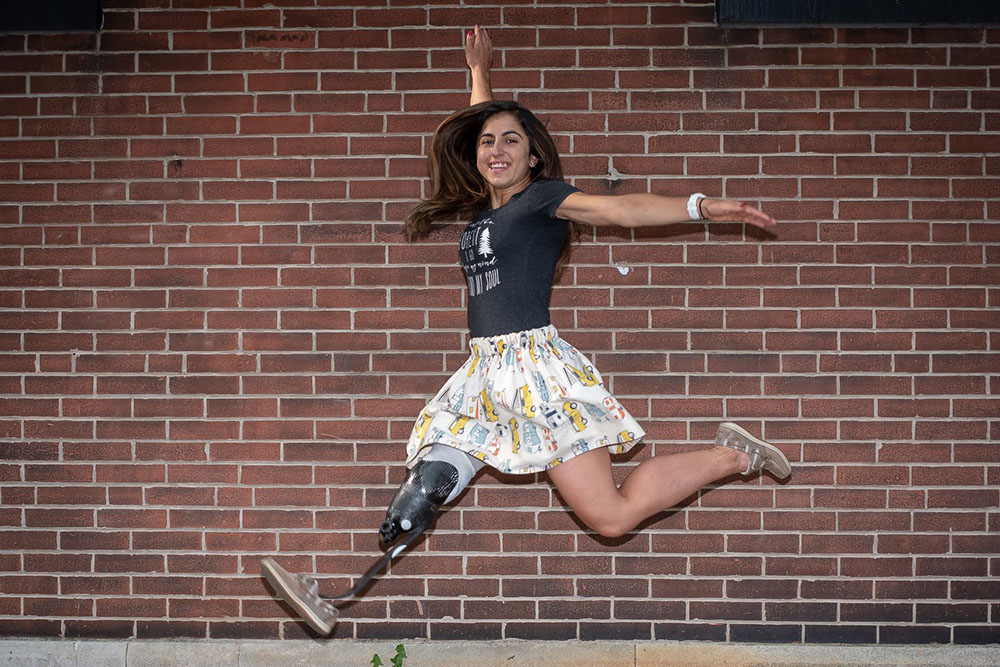 Things I Wish I Knew

Becoming an amputee is a huge, drastic, inconceivable change in your life! You probably have a million questions, and every person you talk to probably gives you a different answer. I still don’t have all the answers and I’ve been an amputee for 20 years! But these are some things I wish I knew when I became an amputee!

People Stare
I used to get so worked up over this. I would get annoyed, and give them a stern look. I mean-mugged a lot as a kid and even a teenager. As I’ve gotten a bit more mature I have come to realize that they are merely curious. Yes, every now and again there’s that asshole who just has to make a dumb comment on your worst day. But more often than not they are amazed by you! I found that the more I opened up about it the more accepting people were of it. When it remained this scary mystery to them it was difficult for them to understand and accept. When I made a joke, it made the whole situation less tense.

I remember in Grade One my teacher decided we would spend an afternoon letting me explain my leg to the other kids. They got to touch it and ask me a million questions. They weren’t mean or judgmental, but simply curious. I became the show and tell of the day, and the kids were so much more accepting of it from then on!

Peer Support is Empowering
This is the sole reason I started this organization [Adaptive Amputees]. I grew up feeling very alone as an amputee. I had plenty of friends and family who were supportive of me, but not one of them was an amputee. There are plenty of ways to meet fellow amputees! There may be one closer to you than you think!

You Don’t Have to be an Athlete to be Active
I cannot stress this enough! I don’t enjoy competitive sports. I don’t enjoy being as fast as possible. However, I do enjoy the outdoors, and I do enjoy endurance. For me that involves hiking, climbing, biking, kayaking, paddle-boarding, and the list goes on and on. I do run a 13-minute mile, haha, so you could basically walk along side me as I run.

Carry Extra Supplies
As a kid I used to break my leg daily! That is NOT an exaggeration. I was reckless and wild and free! I still basically live my life this way, however, I have become a smidge more prepared. I keep certain items on me just to be safe! Depending on your setup you will have different “backup” components. I always keep an Allen wrench on me, a shoe horn, and an extra leg sock. Depending on your ply you may be adding or removing plys throughout the day.

Rely on your loved ones, then become independent, then rely on them again
I have always been determined to push myself by myself. I would listen to people tell me what I couldn’t do and used that as fuel to push me to my limits. There have been many triumphs as well as many failures. I have spent most of my life in and out of the hospital, and when I’m in it I am at my lowest. I tend to push my loved ones away because I feel this sense of failure. These are the same loved ones who cheer me on when I’m at the top. Let them be there for you through it all. Especially in the beginning. They may not be an amputee themselves, but they know you as a person, amputee or not. They will be your rock through all of this!

Don’t Hide It
I used to spend a lot of time and energy hiding my leg. When people would ask me what happened to it, I would get offended. Like, “what the heck, how can you tell?”… haha. Now I go without a prosthetic cover because it was weighing me down and holding me back. I have a fake leg and it allows me to climb mountains. I have overcome a lot and realized that I have nothing to hide. I actually have pride. so be proud of yourself today and every day!

You Know YOU Better than Anyone Else
Your doctors, prosthetists, and even strangers will have all sorts of suggestions for you. You may be a bit overwhelmed at all of the decisions you are making regarding a fake appendage. But listen to your body. If something hurts or doesn’t feel right speak up!

I went into a prosthetic appointment about five years ago complaining of terrible knee pain. They told me: “You really should be an above-knee amputee anyway.” This appointment left me very discouraged. I decided to get a second opinion. The next appointment was much better. They figured out I was wearing an ankle that was not only too heavy for my short limb, but I didn’t even weigh enough to be on this ankle. It was a hydraulic ankle that couldn’t function because I didn’t weigh enough to make it work properly. This was causing severe stress on my knee! I picked out a new foot, and the knee pain was gone!
The previous prosthetist had encouraged me to get the hydraulic ankle. I was young and plus, who doesn’t think a hydraulic ankle would be kickass? I was not able to take it into the water or sand or mud… and let me tell you I spend a lot of time in these geographies. This ankle was so not me! The prosthetist didn’t listen to what I wanted and instead swayed me toward what he assumed I wanted. Make sure you know what you want and then SPEAK up about it.