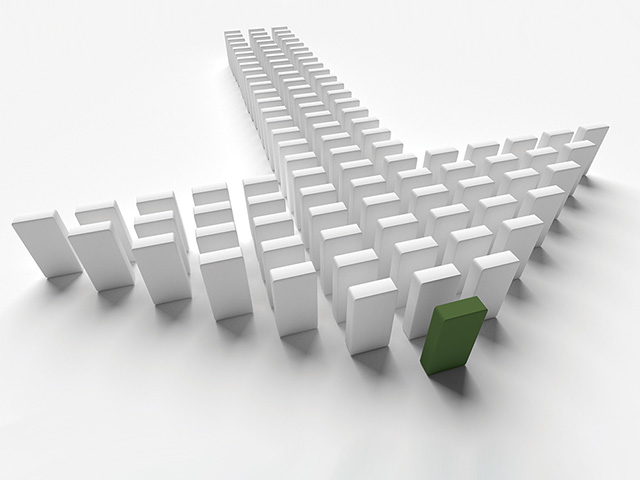 You Can't Get There From Here

Torontonian Tim Rose wanted to book a flight to Cleveland on Air Canada, something he's done before. But since the last time he flew that route (over a year ago) Air Canada has switched regional partnersand now uses a smaller plane with a smaller cargo door which is too small for his power wheelchair to fit through. He’d have to take connecting flights, bigger planes that could accommodate his powerchair, to get to Cleveland for his speaking engagement.

While trying to help Mr. Rose book his flight, Air Canada reps made a few clueless suggestions that illuminated a gross ignorance of the realities of using a wheelchair. They suggested taking his chair apart and stowing it on his flight, or they could put the chair on another flight and he could take the direct flight and meet his chair in Cleveland.

On the face of it, neither are realistic options. Taking his chair apart almost guarantees damage and the suggestion of separating him from his wheelchair is so ludicrous that it really can't be considered a serious choice.

There was a third, and most reasonable, option which was pre-emptively rejected by Mr Rose... that is, take the connecting flight that would get him and his wheelchair to Cleveland, in one piece, together. As Air Canada could not find a suitable booking for Mr. Rose, the carrier refunded his money.

In my mind, as sucky as the situation is, the story and the Air Canada connection should have ended there but it didn't. In various news accounts, Mr. Rose stated that the connection option was "not good for him" because he has medical issues and travels with a service dog. For him, it became a disability rights issue.

This is where the situation changes for me.

From all media accounts, including direct quotes from Mr. Rose, this is not a disability rights issue. This is a case of a traveller expecting his every whim to be accommodated because he has a disability. “I flew to the same destination 14 months ago, and so there are clearly many planes in the Air Canada fleet that can accommodate my wheelchair,” said Mr. Rose in a Toronto Star interview. “I find it really hard to believe that a multi-billion dollar airline, with six weeks notice... cannot get a different plane for the day that I go to Cleveland or the day that I come back.”

The article goes on to state that Mr. Rose is a business owner and disability rights consultant and was going to a conference in Cleveland to deliver a speech on disability rights, which he calls ironic. Ironically, so do I. I find it ironic that a person with a disability, a professional advocate no less, who is speaking up for our rights doesn't know the difference between a right and a privilege.

I also find it ironic that the same person would use the bully tactics of a “social justice warrior” to demand a ridiculous accommodation by trying to shame a corporation into submission. Or, as in this case, angling for a free ride.

Faced with the first world "problem" of an inconvenient connecting flight scenario that we've all dealt with, Mr. Rose feels it's reasonable that Air Canada should either rearrange their entire schedule and send a different plane for him, or they should pay for an alternative method of transportation for him. When Air Canada rightfully declined the invitation to sponsor his trip, he played the “cripple card” with the press.

Predictably, an army of ardent social justice warriors immediately took up Mr. Rose’s cause resulting in an astounding number of articles and news reports that put Air Canada in a bad light for their business decision to change partners... something they have a right to do. The headlines were numerous, damning and wrong - "man denied his rights", "airline has no solution", "man denied direct flight".

While I absolutely understand the realities and inconveniences of being a wheelchair user, because I am one, and having to make connections, there is no "right" to a direct route for anyone, able-bodied or disabled. The fact that Mr. Rose asked Air Canada to pay for an alternative method of transportation does not speak to a need; it speaks to a want. He WANTS a direct flight. Yes, there used to be one, but a business has the right to make decisions to help them stay in business.

His statement to Global News that "the airline’s lack of an accessible aircraft for his trip is a grave concern not just for himself, but for all people with disabilities" is just flat out wrong. I'm a disabled person and the only grave concern I have is this person presuming to speak for the entire disability community when there are a lot of us who will be left to undo the damage this man is causing.

Mr. Rose pronounced to The Canadian Press that, “It’s absolutely not right that our largest national carrier can do this to people with disabilities. I have just as much of a right to fly to Cleveland as anyone else and Air Canada is now flat out denying me because of my disability.” Again, no one has denied him a flight. He just does not like the options. It’s hard to fathom how someone who is a business owner and who travels the world in a wheelchair would think it's even a tiny bit reasonable for an airline to make those massive changes to convenience him.

From an interview in the Hamilton Spectator: "... I am willing to take this as far as I need to take it," said Mr. Rose. "I really want to get this story out there as much as possible, not just for myself, but for all Canadians with disabilities and society in general." Awesome. Translation... "I intend to bully everyone into giving me what I want, and I will scream as loud as I can until I do. And I'm going to try and get as many people as possible to scream for me too." The fact is, this is not about the greater good of people with disabilities.

His wife Natalie Rose adds to the mess by claiming that “To be honest, media coverage is the thing that fixes most disability issues.” That's absolutely true when the coverage is about a real issue and there is an injustice. But when it's wasted on things like this, a disabled person who has the means and opportunity to live and travel on three continents making unreasonable demands and legal threats over a perceived slight, the complete opposite happens. Our standing and credibility suffer. It fits the public’s stereotype exactly

My response to Mr. Rose... your personal army request is denied.